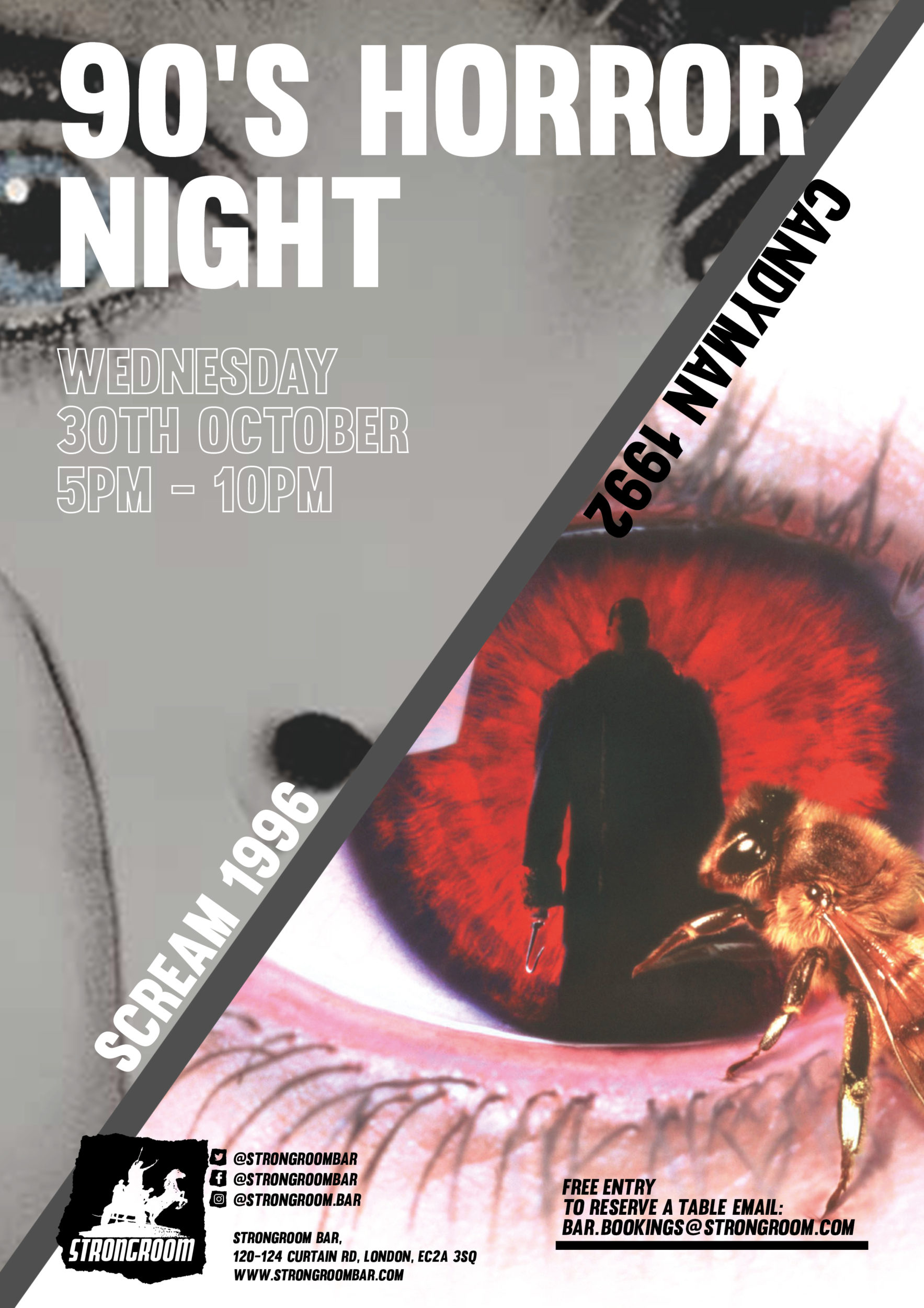 This Halloween we will be screening two classic Horrors from the 90’s to get you feeling both scared and nostalgic at the same time!

Did anyone ever dare you to do this when you were growing up? To say his name five times? Expect explosions, gore and general creepiness.

Helen Lyle, a Chicago graduate student who is researching urban legends, hears of a local story about the Candyman. The legend claims that Candyman can be summoned by saying his name five times while facing a mirror, whereupon he will kill the summoner with a hook jammed on the bloody stump of his right arm. She encounters two cleaning ladies who tell her about Ruthie Jean, a resident in the notorious Cabrini-Green housing project who they claim was killed by Candyman.
Helen’s research turns up 25 other murders in the area similar to Ruthie Jean’s. Later that evening, Helen and her friend Bernadette Walsh, skeptical of Candyman’s existence, call Candyman’s name into the mirror in Helen’s bathroom…

A 1996 classic slasher. A movie that brought fear throughout the 90’s with its infamous spooky mask.

“High school student Casey Becker receives a flirty phone call from an unknown person, asking her, “What’s your favorite scary movie?” However, the caller turns sadistic and threatens her life. He reveals that her boyfriend Steve Orth is being held hostage and demands she answer questions about horror films.”

FREE ENTRY, but grab tickets using the button on the left.

Be it a rowdy quiz night to the latest in up and coming bands. There’s always something going on at Strongroom.

See a small selection of what’s coming up or check out our full listings section if you’re ready to plan your party!

See all our listings

Featured Event
The dead can dance

Join us for a night of spectacular performances, heavy live music and DJs til the early hours. Only the dead can enter.

Designed by Another Kind | Built by Make a Spectacle